Launched in 1993, the DEFCON Hackers Conference has grown to be a significant meet-up place for thousands of cyber wizards, a.k.a. people who are naturally really good at thinking and thus, creating,  in code. The Wikipedia link alone with its summary of happenings makes an (astro) blogger think it deserves its own post – intriguing!, says this humble key pecker whose entire tiny site is in dire need of renovation – but let’s stay timely…

In 2012, when founder Jeff Moss asked the head of the NSA, “Does the NSA really keep a file on everyone, and if so, how can I see mine?”, I think only a fool would lie to this group of people. In fact, I would bet that was simply a gracious offer to come clean before being forced to. Whadaya know… less than a year later, programs like PRISM were undeniable and the Feds were asked to abstain from attendance.

Hackers and Healthcare: A Call To Arms

‘…As physicians, we work daily to alleviate the suffering our patients endure at the hands of diseases like cancer, heart disease, and diabetes…As futurists, we recognize the vast potential of computer driven drug design, genetic manipulation, and implantable medical devices to improve the lives of billions…As hackers, we recognize the rapidly enlarging technologic foundation of health care, from electronic medical records to telemedicine…we applaud DEF CON for allowing non-traditional hackers to voice such calls to action. Our world is beset by an ever-growing number of serious threats, and international collaboration between motivated, innovative hackers working to address these challenges may be just what the doctor ordered.’

So, you’ve got two photons that are linked (entangled) from ‘birth’ (stimulated into existence). This means that no matter where one of these two exists in All of Space, the other is somehow in touch/affected by/in synch. They share all that is experienced between them.

Evidently, we have managed to force a distance of 300km of space between 2 linked photons – here on earth – and record these phenomena to be true. But beyond that range there can be too much interference from space junk and (I think) we lose track of them. So now, great minds in China (and a few from Austria) are wondering if there will be less interference in outer space and thus, the trackable distance between the twins can be increased. If so, the possibility of passing messages between two parties in complete privacy and in real time for both parties becomes a probability. Are you seeing where this is going…?

Billions of dollars have been spent over many years to get to this point. On the one hand, it is thrilling all that we will learn and the trickle-down effect of major science projects like this for the masses is fun to think about. On the other hand, the rule, ‘for every action, there is an equal and opposite reaction’, comes to mind like a little fluttering yellow flag (with zero basis in anything but gut, I admit) and at the risk of sounding a bit dramatic, I cannot help but wonder how much further along a select group could be than we can even imagine. Which brings us nicely to our last two segments…

But first a mention of the

A Permanent Moon Base

The Chinese think its wiser to build underground – which makes more sense to me, what with meteorite strikes and radiation. The Lunar Palace 1 has proven its ability to house people safely for 105 days and those people grew crops. Note: the chief architect on this project is Liu Hong, PhD

‘(A) workshop, titled Low Cost Strategies for Lunar Settlement, brought together about 50 scientists, engineers, executives, and entrepreneurs with significant backgrounds and interests in lunar exploration and development… The group was assembled to answer the question: Is it possible to have a permanent human lunar settlement of about 10 people on the Moon by 2022, for a price tag of $5 billion or less? The surprising consensus answer to this question was a qualified Yes, under the right organizational and funding conditions. There were no technical showstoppers and a great deal of the technologies needed were either on the shelf or could be developed in a relatively short period of time using contemporary techniques.’

Digging a little deeper in offerings from this group, I quote:

America could lead a return of humans to the surface of the Moon within a period of 5-7 years from authority to proceed at an estimated total cost of about $10 Billion (+/- 30%) for two independent and competing commercial service providers, or about $5 Billion for each provider, using partnership methods. (page 4)

And of course, you could see this coming:

The Magnetic Attraction of Mars

The NextGen ELA (Evolvable Lunar Architecture) report  states, ‘We evaluated an ELA concept that was designed as an incremental, low-cost and low-risk method for returning humans to the Moon in a manner that directly supports NASA’s long-term plan to send humans to Mars.’

The Mars One mission statement has a lock on the passion: ‘It is Mars One’s goal to establish a human settlement on Mars…Exploring the solar system as a united humanity will bring us all closer together.’ This is a private-sector endeavor that has no plans for a pit stop on the moon or a return trip. It’s all or nothing for Mars.

Elon Musk of SpaceX will announce plans in September of this year concerning details of their program called Mars Colonial Transporter to send humans to Mars in 2024, return them to Earth, and thereafter begin colonization of Mars.

NASA is hoping and working for the more modest goal of the mid 2030s with ‘a fleet of robotic spacecraft and rovers already are on and around Mars, dramatically increasing our knowledge about the Red Planet .’

As of this writing, I don’t see China planning a manned mission with any serious dateline. India, ditto. Staff writers at Mars Daily – yes, really! subheader reads: ‘the discovery, exploration and application of ares’ – report, ‘[Roscosmos spokesperson] Bourenkov told Russian media that “projects involving [human] flight into deep space can only be international in nature. If a trip to Mars takes place, it will be with Russia’s participation.”

Outer space venturing still has that wonderful theme of cooperation amongst nations and competition as a friendly catalyst firmly embedded in just about every publication available to the common eye. It seems when we are forced to work together, we do so and well. The International Space Station has been a working, living proof of this (as far as I can tell) for 18 years. In fact, ‘The first rudimentary station was created in 1969 by the linking of two Russian Soyuz vehicles in space, followed by other stations and developments in space technology until construction began on the ISS in 1998…’ and ‘is the result of unprecedented scientific and engineering collaboration among five space agencies representing 15 countries.’ Sounds so nice, doesn’t it? So we will save the deets on mining for another post and another day.

Request your personal consultation at elemental.living(at)yahoo(dot)com 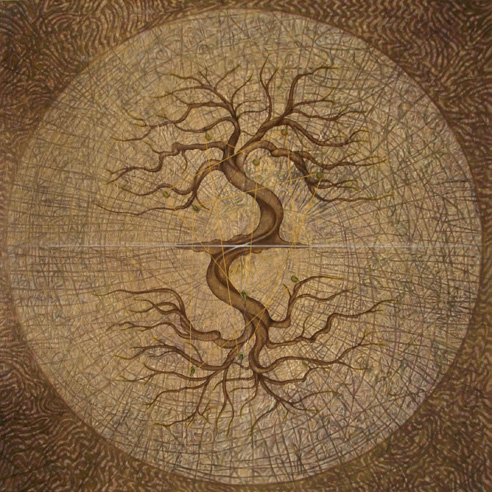 Because of the repetition of the DNA structure, the likelihood of a repeating W*W pattern is highly enhanced, with the W* involved propagating from a near future to the present. The signal from the future is more or less the same as that from the past, and the pattern, consequently, tends toward stability. The more stable the pattern, the less likely that the distant future will disturb it. Again, the idea that there exists a resonance between the qwiff and its structure—involving both the past and the future—is at play here. Signals from the distant future do arrive, however; without them, DNA would never alter its patterns. But the more stable the reinforcement brought on by the repetition of the strand, the smaller the disturbance produced. It is the interplay of the endless crystalline repetition of the DNA strands, twisting in space and dancing in time as vibrations with the almost though not quite random patterns of A, C, G, and T bases, that produces stable animal and plant consciousness. Consciousness, as we commonly experience it, thereby emerges as a consequence of the qwiff vibration patterns associated with DNA vibration patterns repeating and resonating with both the future and the past. Fred Alan Wolf, Physicist
%d bloggers like this: