When the Curves Line Up 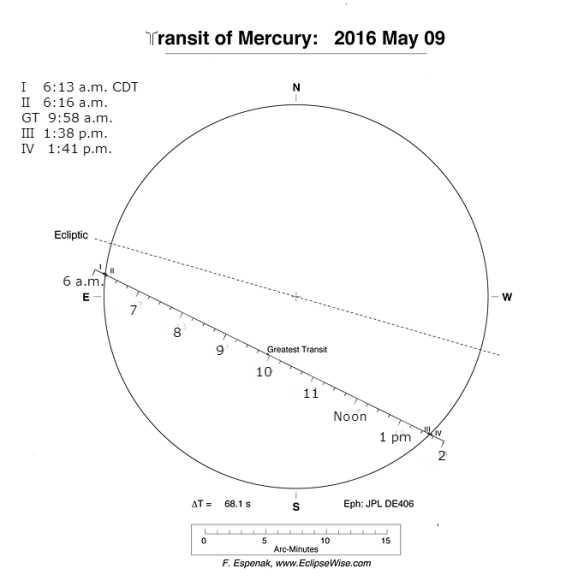 To view a NASA ScienceCast video on the rare opportunity the Mercury transit poses for professional astronomers and backyard sky watchers alike, go to:

NASA is inviting media and viewers around the world to see a relatively rare celestial event, with coverage of the Monday, May 9 transit of the sun by the planet Mercury. Media may view the event at NASA’s Goddard Space Flight Center in Greenbelt, Maryland.

Mercury passes between Earth and the sun only about 13 times a century, its last trek taking place in 2006. Due to its diminutive size, viewing this event safely requires a telescope or high-powered binoculars fitted with solar filters made of specially-coated glass or Mylar.

NASA is offering several avenues for the public to view the event without specialized and costly equipment, including images on NASA.gov, a one-hour NASA Television special, and social media coverage.